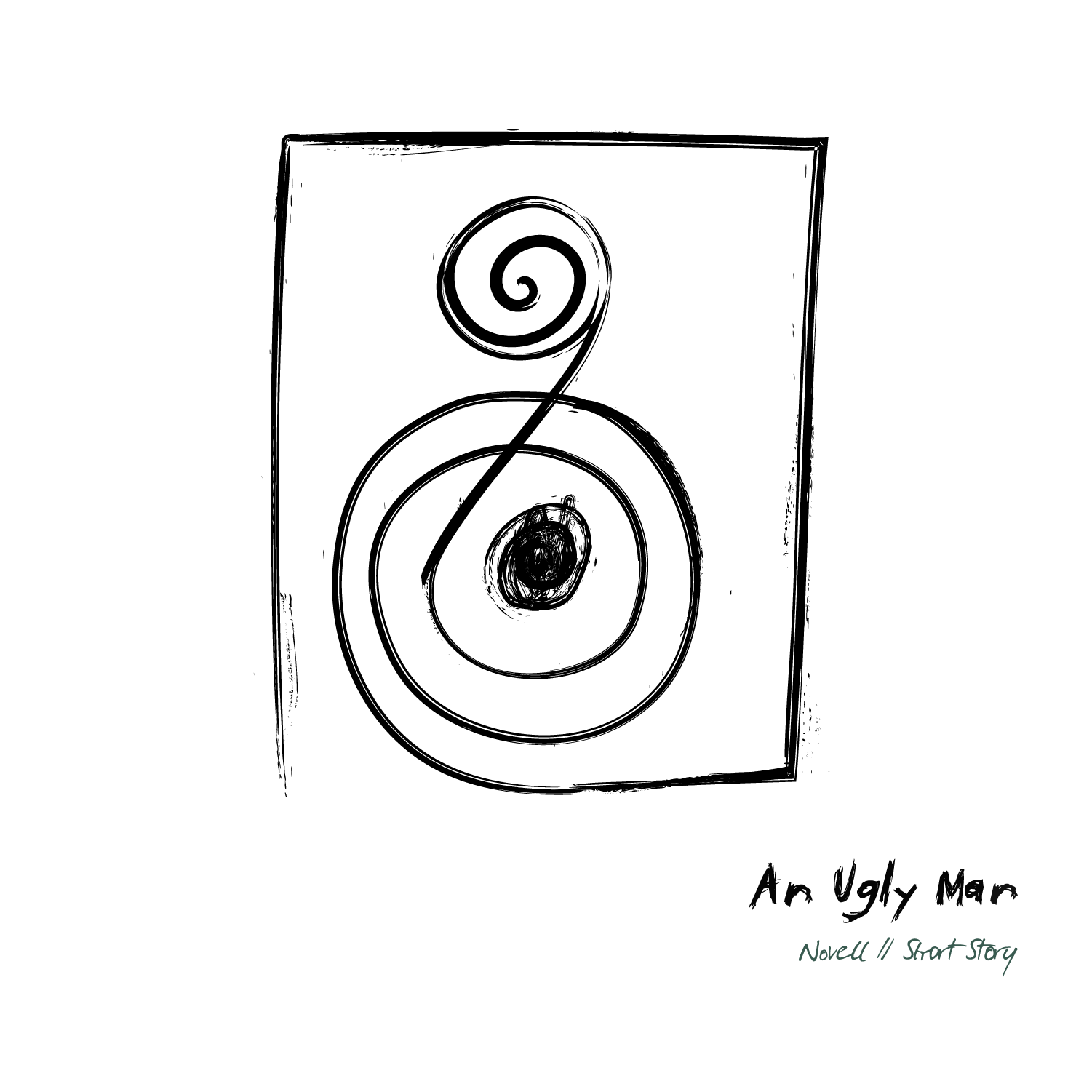 A short story I wrote I while ago when I had a prolonged bout of insomnia.

Previously unpublished, and still not entirely edited. Available to read in full

Gustav Sharp sat on the floor of the padded, white, and brightly lit cell. He

massaged his temples. Four white speakers were placed at each corner,

a mixture of shrill buzz saws and baritone growls in an auditory attack, like

repeated punches to the head.


At the moment, though, it was quiet, and in the quiet Gustav concluded, much to


A few hours ago he’d been asleep in his bed. Armed men in black outfits had

woken him; they’d put a bag over his head, and after what seemed like a long

ride, the purring of the car engine the only sound Gustav managed to

distinguish, here he was, locked up and subjected to noise––and at a complete

loss as to why.


He got up from the floor and walked to the white door, and just as he raised his

arm, the noise burst upon him. He covered his ears and looked around the cell.

For a moment he was sure he’d faint. The whiteness of the cell and the noise

The noise cut off and was replaced by a woman’s calm, slick voice––like an oil

spill. “Mr. Sharp,” she said, “we cannot let you arrive at REM. The music is a

Gustav tried to make sense of the words; they flitted about inside him like specks

of dust. He put his hands to his head. “Whatever you think I’ve done, I haven’t,”

he said and flung his arms out. “Let me out.”

sorry,” she said, “but you represent a very real threat, Mr. Sharp.”

There was, Gustav decided, a lingering sadness to the timbre of the woman’s

naked violence of the cell that he couldn’t help but shrug his shoulders. “I’ve

done nothing,” he said.

“May I call you Gustav?”

He shook his head, said, “Who are you people?”

“I’m really not at liberty to say, Gustav. I’m sorry, but your current inconvenience

tiredness washed over him. He sat down.

“Aren’t you on some level aware of your dreams, Gustav? The monsters?”

No, he thought with the finality of one syllable. “Stop calling me Gustav. You

don’t get to call me Gustav.” He lay down flat––hoping the hardness of the floor

against his back would somehow tether him to reality. He put his arm over his

eyes and pressed down hard. In the darkness that ensued, a stick figure in blue

He shot up. His heart pounded against his ribs; once again, he placed his back on

the floor, stared at the sleek white surface of the ceiling, the oval lights dimly

emanating. What kind of madness is this?

“No, no, no.” He stood up and started rocking to the rhythm of his pleading. “No!”

The noise cut off.

“I’m really very sorry, Gustav,” the woman said, “but you cannot be allowed to

“Gustav, please––are you or aren’t you aware of your dreams, the monsters?”

“Gustav, will you please listen––”

“You don’t get to call me Gustav!”

There was a brief pause. “Behind you,” the woman said.

Gustav turned around. A hatch on the left side of the white door slid open,

uncovering a flat screen. The screen showed a visual in low resolution; there was

Gustav approached the screen, tentatively, as if it may burst at any moment. He

leaned in, carefully, and looked closer. The screen showed an empty sidewalk,

filmed from a vantage point high up. The sun, it seemed, was about to set. Lining

the sidewalk were three stores: a toy store, a pawn shop, and a music store.

Behind the toy store’s glass window were four big, brown teddy bears placed in a

row, sitting with their sewed on smiles. The music store and the pawn shop

looked familiar, thought Gustav. Without breaking his focus on the screen, he

“You don’t recognize it?”

“I’ve never seen a toy store on Bleecher.” He turned away from the screen,

“There’s no toy store on Bleecher.”

“So these are the monsters then, are they?” he asked. “The bears?”

ill at ease––and then the teddy bear furthest to the right in the row moved. It

stood up, turned to its left––its fingerless arms stretched out––and ripped the

head of its neighboring teddy bear clean off. It chucked the head at the store

window. The head bounced back and spilled some of its filling. The animated

the glass. A fine web spread on the glass till, at last, it shattered. The teddy bear

hopped onto the sidewalk, and there it stood, rotating its head three hundred

and sixty degrees, over and over again, like a firehouse-lantern.

Gustav stepped back from the screen. “What is this?” His outstretched arms

“This, Gustav, is but one monster of your dreams.”

“You keep saying that––”

“To appreciate the gravity of the situation, I advise you to look at the screen.”

Gustav first stared at his outstretched arms, then at the screen.

On the screen the teddy bear’s head was still rotating; it stopped, seemingly

focused on something to the left, outside the camera’s visual range. The teddy

bear kept its head locked to the left. A few seconds drifted by, and Gustav

experienced these seconds as the tautening of his inner strings. A long blue line

transparent globe. Sure enough, thought Gustav with a shudder––it was a large,

blue stick figure in 3 D. There was some sort of liquid inside the transparent

globe, and in the liquid––Gustav retched––were a number of small eyes with fins

attached at the sides. The stick figure’s arms, placed at equidistance from head to

waved its arms up and down, as if in rapture, and the stick figure bounced up

and down while holding the teddy bear steady with its stick arms. The small,

finned eyes bobbed about in the liquid.

“This was three days ago, Gustav. Do you recall having such a dream?”

Are they recording my dreams? He shook his head. “Turn it off,” he commanded,

but there was no command in his voice; he continued staring at the screen.

While the stick figure and the teddy bear made jolly, an older woman appeared

from the right. She stopped. She seemed to be saying something, her arms in wild

movement. No, Gustav decided––she was screaming.

She must be screaming.

toward the woman; the stick figure removed its globe head and chucked it at the

woman––it hit her face and knocked her to the asphalt.

Gustav imagined the sound of facial bones breaking and teeth shattering. He put

his hands to his cheeks.

The teddy bear, now by the woman’s fallen body, kicked her caved in head with

its footless leg. Then a blinding light from high up struck the teddy bear,

transformed it into a black mist; the black mist floated back toward the stick

Gustav patted his cheeks, not knowing why.

The black mist started spinning, ever faster, turning itself into a flurry. From

inside the flurry, a figure stepped out: two legs, two arms, one head; it was

entirely white, entirely without features, and instead of fingers it had long

“I’m sorry, Gustav. And this is from two days ago. Do you recall having this

dream?” The screen flickered and the scenery changed, but Gustav didn’t look.

He’d turned his back to the screen.

“Please,” he urged. Whatever happened on the screen, he didn’t want to know.

They, or she––his tormentor––could attack him with all the noise and all the

advisable nudges in the world; he wouldn’t watch.

“Your dreams, Gustav, are responsible for the deaths of three, so far––”

“One of your monsters killed a forty-five-year-old man yesterday, a husband and

a father of three.”

“There’s no such thing!”

“You are what we call a pro-cog––a conflation of projection and cognition, or

more accurately, you are a projector of dream state cognition.”

“We really cannot allow you to sleep, Gustav,” the woman said.

Gustav stopped shaking his head, and on his face was a bungled representation

of a smile. “And then what? You’re going to keep me awake for the rest of my

“We all do dream, Gustav. We just cannot let you.”

“Because I’m a pro-cog, right,” Gustav said, but he didn’t grant himself

ownership of his own words, especially not that word, “and because that means

that my dreams kill people, right?” He sat down, and he closed his eyes. He

thought about words, and he thought that words are oddities, semantic animals

practicing their inherent violence with abandon. Pro-cog? We are cats chasing

the reflection of the sun, he thought, and he didn’t take well to the image; his

throat closed up. “Can I get something to drink?” he asked.

The question lingered in the air. The woman didn’t respond. She seemed to be

weighing the question in her palm as if to ascertain its value. “Hold on a second,”

Gustav opened his eyes. Once again, there was the whiteness, the sleek surface of

no color or all color that was intent on grinding his mind to dust. We are cats

chasing the reflection of the sun?

A hatch next to the small television screen––now black––slid open. A tray was

placed on the outside ledge. A glass of water was on the tray, and next to the

glass was a neatly folded handkerchief.

Gustav got to his feet and dashed to the hatch; he bent down and looked up.

There she was, the woman. It must be, he thought, although she didn’t look

anything like he’d imagined. She ought to have been a blonde, not a brunette; she

ought to have had long, blonde hair in a bun, not brown, short hair and bangs. And

those bangs, parted in the middle, didn’t seem right. He trained his eyes on her,

She nodded, a quick flick of the head, and then she put her head to the side,

studied him before leaning toward the hatch.

something. She didn’t; instead, she extended her arm, put her hand on his cheek.

Her palm was cold, and it sent a shiver through Gustav’s body. He started crying,

lightly, and he imagined himself situated within the scene of a childhood

memory, the light tap of the summer rain on the corrugated roof of his father’s

barn, and how the hay smelled. “Is it true?” he asked.

The woman removed her hand, tapped twice with her index finger on the

handkerchief, and then she left. Gustav watched her disappear. And so it goes, he

thought, wiped the tears away and picked up the tray. The hatch closed. He put

the tray on the floor and sat down. He drank the water; he put his finger on the

handkerchief. He pulled it open. Inside was a small, polished knife. It glinted. On

the handkerchief was written: Do it quick before they notice. The handwriting

Gustav picked up the knife. He opened up a small slit on the tip of his finger and

watched a single bead of blood sprout up. He held the knife in front of his face

and looked at the reflection, a sliver of his gaunt face.

And the noise erupted.